WHY I DO WHAT I DO

I grew up in Kenya, had a very happy childhood. But then, my story begins when I was 18 years. Like most young persons, I started experimenting with smoking, drinking alcohol, and partying which was a taboo in my home. When I was 19 years my dad caught me coming back home in the morning having been out partying all night. He was shocked and convinced I was influenced by bad friends. Consequently, his solution was to send me away to go stay with my uncle who lives more than 300km away from home. While I waited to join college after my gap year at my uncle’s house, I was shocked, traumatized, and hurt. I considered this as a rejection from my father.

Studies have shown that our brain prioritizes rejection experiences because we are social animals with a “basic need to belong”. Thus, when we get rejected, this need becomes destabilized and the disconnection we feel adds to our emotional pain, thereby creating surges of anger and aggression[1]. Rejection is the most painful feeling a human being can experience. Studies also show that the same areas of the brain that become activated when we experience rejection are the same as when we experience physical pain like breaking a leg[2]. The only difference is that you can easily forget the pain you felt when you broke a leg after some time, but it has been proven that people more easily re-live and re-experience rejection pain more vividly than they can physically pain.

Fast forward to 2000. 21 years ago, I was working with an international humanitarian organization that helps alleviate the sufferings of the poor. Three unexpected things happened within two years that changed the trajectory of my life. I went against three of my own rules which I had sworn to myself I will never do! I had said to myself:

Please do not be quick to shut me down or judge me. Hear me out first!

So yes, as you guessed I broke all three rules. First, I fell head over heels with a colleague who always sat next to me in the leadership meetings. We became good friends and supported each other because we had similar values. Secondly, yes, he was a hunk of a white broad-shouldered guy from Friesland in the Netherlands! What both of us had not anticipated was the reaction of our other white colleagues who made up 80% of the leadership team. To most of them, it seemed taboo for one of them to marry a “native”! Others seemed disgusted! And others even tried to stop us! but who can stop love?

Solomon says: “Love is invincible facing danger and death. The fire of love stops at nothing— it sweeps everything before it. Floodwaters cannot drown love; torrents of rain cannot put it out…[3].

As a result, his contract which was up for renewal was not renewed two months before our wedding! That was shocking and traumatizing and I interpreted and experienced it as rejection.

Fast forward, two years later it seemed all doors were closed for my husband in Africa. This became a major struggle for us because we both believed our calling was to serve and die in Africa. But then after two years of nothing coming up for my husband, and he was getting very unhappy, we got the conviction we needed to relocate to the Netherlands. So, I broke the third rule and we relocated to the North of the Netherlands to a province called Friesland where my husband was born to start life afresh.

On my very first day in the Netherlands, I was required to go to the municipal council’s office to register and receive my residence permit within 24 hours of arrival. When I arrived there, the process took longer than expected because I was engaged in an argument with the registrar who insisted on changing my name. She had a problem with me going by my husband’s surname ‘Attema’. All she wanted is to change my names back to my maiden names. Going by one’s husband’s name is customary in Kenya where we wedded. Thus, I had changed my surname after we got married and all my documents are in my married name. I had to fight to keep my name and it took a few days before I was given my residence permit which is supposed to take just one hour. This first encounter was both shocking and traumatizing and I experienced it as rejection. Consequently, this incident gave me the signal that I am not valued, respected, and wanted here from the very beginning.

I was angry and aggressive, I harboured resentment and hatred for the Dutch people and white people in general. For many years I physically lived in the Netherlands but, mentally and emotionally I lived in Kenya.

I felt there was nothing good in the Netherlands for me, I became very negatively critical about everything! When you are negative you attract all the negativity in the world. So, every time I left the house to go to work or shopping, it was as if all the racists were lined up waiting for me. Hence, I would get even angrier!

I became a victim of all these people and in retaliation, I became a persecutor, I wanted to fix everyone else except me. By that time, I was working in an international organization in the Netherlands, coordinating women networks in Asia, Africa, Middle East, the Pacific, the Balkans, and the Caucasus. However, I was not the easiest person to work with. I was aggressive. I worked extra hard to show that I was better than everyone else. I would lash out and verbally attack and persecute anyone I perceived to be discriminating against me or Africans. (It was exhausting!!).

I wanted to control everything and everyone! I was so easily triggered into a rage by anything no matter how small. I was emotionally unstable.

My life was spiralling out of control. To numb this pain, I started spending hours and hours in chatrooms and watching movies. When that was not enough, I took online courses, and drowned myself in work! anything to keep my mind occupied. So, I was either busy at work, busy in the chat rooms, or studying. My marriage started going through problems and that made me even more unhappy. Can you imagine living for five years without experiencing real joy? I was in depression, and I did not even know it!

The realization that I had become such a hateful, angry, insecure, and out-of-control person filled me with guilt. It felt like I was bleeding internally with no way to come out of the trap I was in. Then I decided I cannot continue living that way. Then, I looked for help.

Getting healed from emotional wounds made me realize what a big impact that pain had in my life; taking away my self-confidence, my identity, my belief in myself, and my abilities in what I can do. I had a victim mentality, not taking responsibility for my life. It was always someone else’s problem. I had many character defects, hurts, and hang-ups which were exhausting to manage, especially, when I acted strong and looked as though I had it all figured out.

Life after healing has never been the same. I received joy and unexplainable love for the Dutch people and the Netherlands to such a point that my husband for a long time thought I was exaggerating. It was as if a veil was lifted off my eyes. THAT IS WHY I DO WHAT I DO.

If I could achieve this level of confidence and emotional freedom, anyone can! NO MATTER WHAT THE CAUSE OF THE LOW SELF-CONFIDENCE IS! 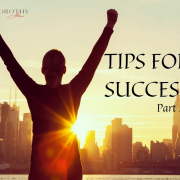 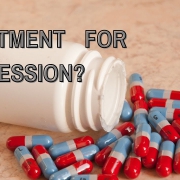 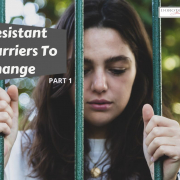 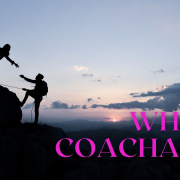 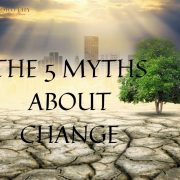 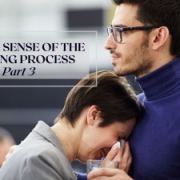 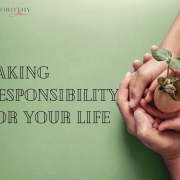 DorothyAttema 2022 TAKING RESPONSIBILITY FOR YOUR LIFE 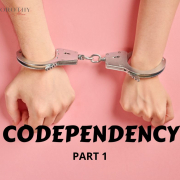 PICKING UP OUR SOCIAL LIVES AGAIN!

Dorothy Attema 2021 How To Manage Uncertainty
Scroll to top
We use cookies on our website to give you the most relevant experience by remembering your preferences and repeat visits. By clicking “Accept”, you consent to the use of ALL the cookies.
Cookie settingsACCEPT
Manage consent